1. Don’t invest in something you don’t understand.

Kenny Rogers The Gambler Investment is risk-taking in the face of uncertainty. We never understand everything about anything: life itself is uncertainty. But at least don’t take big risks in things where you just plain don’t know what the hell is going on.

2. Never forget that the fundamental principle of investment is return on investment. In other words, profit. Especially in relation to time, because time is your most basic resource and it’s disappearing irretrievably with every tick of the clock.

3. Don’t invest what you can’t afford to lose. (application of Bayesian statistics)

4. Don’t invest until you know your exit plan. Otherwise you won’t “know when to fold ’em, know when to walk away” ….. and all that’ll be left is to panic sell, or to sell at the bottom.

5. Among so many possibilities, know why you’re making this particular investment. Don’t be suckered by inappropriate emotions or by today’s winner in the popularity contest. Also keep in mind the principle of “opportunity cost”. Not easy to explain, please read the Wiki.
https://en.wikipedia.org/wiki/Opportunity_cost

6. Don’t bet against the house unless you’re sure you know their fatal flaw. And if you think you know their fatal flaw, think again: the big players stay in business by keeping losers at the table. That having been said, Wall Street institutional investors playing with other peoples’ money tend to be herd animals who think with their balls instead of their brains. When you know how they operate it’s possible to bet against them.

8. Whatever it is that you have of value, someone else’s will gladly take it from you. The world is controlled by con games. Just about everything you’ve been told about how the world works is a lie. Ronnie Reagan’s Rule: “Trust, but verify.” James the Just’s rule: “Don’t trust what people say. Trust only what they do.”

9. The businessman’s most common delusion: “I have to get my money back out of it.” Most bad investment comes from ignorance or failure to understand risk. This one is in neither category, it is an outright delusion. You spent a bunch of money on an investment, and so far you’ve gotten no return. You wonder if you should spend some more to finally see it happen, or throw in the towel. This is where emotion kicks in. Nobody likes to admit they screwed up. In your mind’s eye, you can still see the money that in fact is gone forever, and deceive yourself that you can somehow reel it back in like a fish that was already on the hook but momentarily slipped out of your hands. ……… How do winners at the poker table keep losers at the table? “Hey, buddy, don’t feel bad about losing that last hand. If you walk away now, you’ll never get your money back. This next hand could be the one. After all, luck changes.” That’s why Kenny Rogers sang “You never count your money while you’re sittin’ at the table, there’ll be time enough for countin’ when the dealin’s done.” Difficult concept. It doesn’t mean not to keep track of what’s going on. It means don’t count your money to find out how much you’ve lost, because it doesn’t matter how much you’ve lost. If that sounds wrong to you, please read this whole thing again. I’m trying to save you from a business enemy worse than your toughest competitor — the enemy between your ears.

11. And this is arguably the most important rule of all: “Rules are meant to be broken, but …… !!” If you’re going to break a rule, first understand why the rule is what it is, and then know why breaking it makes sense in these particular circumstances. 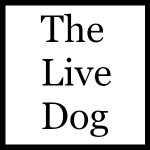 You may have missed

Do Arbitrary Laws Need to Be Followed?